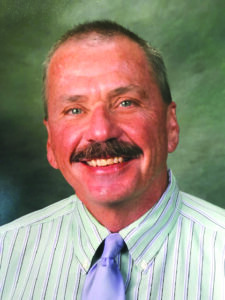 Joe posted a 28-game wining streak with the St. Joseph Catholic High School girls team in Ogden, winning state titles in 2012 and ‘13. Having served as the men’s head coach at Utah (interim), Idaho and Weber State, Joe accepted the opportunity to coach the St. Joseph girls in his usual, self-effacing style. “The standard is pretty high here,” he told KSL. “I’m a little nervous about measuring up, to be quite honest with you.”

He proceeded to post a 93-20 record in five seasons, going 42-2 in region play, and was named the 2013 Utah Girls Basketball Coach of the Year.

That award further built his collection that included Coach of the Year trophies from the remarkable 2002-03 season in the Big Sky Conference, the national Mid-Major schools and the NABC District 7. Joe’s Weber State team went 14-0 in Big Sky play that season, as he followed former Wildcat coach Phil Johnson (a Utah Sports Hall of Fame inductee) as the second coach in conference history to go unbeaten. He recruited and coached Jermaine Boyette, who was named a Big Sky Top 50 all-time athlete for the conference’s half-century observance.

Joe finished his WSU tenure with a 116-88 overall record in seven seasons, including 58-44 in conference games. He had gone 42-41 in three years as Idaho’s coach and was 12-12 at Utah in 1989-90 after becoming the interim coach six games into the season when Rick Majerus underwent heart surgery.

Joe was an assistant coach at Texas-Arlington, Southwest Texas State, Washington and UC Irvine. He played two season at UTA after transferring from a Georgia junior college.

Always a media favorite during his coaching days, due to his outgoing personality and folksy manner, Joe made a successful transition into broadcasting. His work as an analyst for games in the Intermountain region has evoked good reviews, with his willingness to give opinions without being overly critical or trying to inject himself into the story.

Joe and his wife, Linda, are parents of two daughters and live in South Ogden.

Dave lettered in football, basketball and track and field at Dixie High and Bonneville, before competing in football and track at Weber State. He began his coaching career as a graduate assistant under Arizona State coach Frank Kush, one of the mentors who influenced him, along with Larry Kentera, Charley Armey, John Ralston, Tony Knap, Sid Gillman and, of course, his father, Sark Arslanian.

He’s credited among the innovators of the one-back offensive scheme that is used almost universally at all levels of football today. As a coach of quarterbacks, he has worked with nine NFL signees, a Walter Payton Award winner (Jamie Martin) and a Heisman Trophy runner-up (Josh Heupel). Dave also coached in the XFL and the CFL and has worked as a consultant to college programs in the Pac-12, the Mountain West and other conferences.

Having posted a program-record 54 wins at Weber State, Dave received the school’s H. Aldous Dixon Memorial Award for outstanding service to the university and community and in 2015 was inducted into the WSU Athletic Hall of Fame. He was instrumental in saving Wildcat football in 1994, when the program was in jeopardy of being eliminated by the administration.

As he told Sports Illustrated, “Every faculty in the country has people who despise sports programs. But my deep, honest belief is that football is an important part of this university.” The grassroots effort succeeded and WSU’s program is thriving, 25 years later.

Beyond football, Dave has immersed himself in service to youth. With his brother, Paul, Dave co-founded the Eagle Ranch Academy, a residential youth development in St. George. He also founded Answers For Parents, a free service to parents to help them with struggling teenagers, and is a consultant to small business owners, coaches, athletes and others.

Dave and his wife, Patricia, live in Ogden. 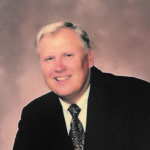 A graduate of Murray High School and Weber State University, Ron Haun won two state championships as Murray’s football coach and later made a national impact as the longtime coach of Ricks Junior College in Idaho.  Leading one of the country’s premier junior college programs, Ron posted a 178-40-2 record, including an 11-6 mark in bowl games. The Vikings won 11 league titles in his tenure and were voted national runners-up in 1986, 1992 and 2004. Ricks went unbeaten in two of those seasons and played in 17 consecutive bowl games. Ron produced 30 NJCAA All-Americans and was an eight-time “Coach of the Year” in the Western States Football League. He was inducted into the NJCAA Hall of Fame in 2002 and the Ricks College Hall of Fame in 2007.

After working at Weber State and then BYU while completing a master’s degree, Ron became a Skyline High School assistant coach in 1967. He moved to his alma mater, Murray, where he won two state championshps and earned “Coach of the Year” awards from media and business groups. He moved to Ricks as an assistant coach under coach Ken Schmidt and took over the head coaching position in 1983, staying through the 2001 season.  At that time, the school now known as BYU-Idaho, dropped intercollegiate athletics. The Vikings’ era of top-tier junior college football ended with a 49-21 victory over Lackawanna College in a bowl game in Pocatello, Idaho. Afterward, as quoted by The Herald Journal of Logan, Ron told the 11,000 fans, “We did our part. We’ve had a special season at Ricks College. You’re great fans, and we’ve had great support…you’re going to miss us.”

Ron worked as Weber State’s offensive coordinator under Ron McBride in 2005 and concluded his career as Dixie State University’s coach in 2006-09, as the school moved into NCAA Division II competition.  “Not many people understand the difficulty of transitioning a junior college program into an NCAA Division II program,” DSU interim athletic director Maureen Eckroth said at the time. “It is an exhaustive process that includes athletic responsibilities, education in NCAA regulations, compliance paperwork and numerous other responsibilities. Coach Haun understood the challenge and did all the groundwork to make the football program competitive.” Ron and his wife, Beverly, are parents of two children and live in St. George.