Due to the COVID-19 Heath Restrictions a Hall of Fame Induction Banquet was not held in 2020. 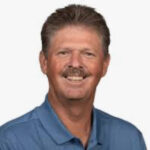 St. George native Jay Don Blake is distinguished as one of the best collegiate golfers ever to play in Utah and as the only homegrown Utahn to win a PGA Tour title in a span of several decades.

As a senior professional golfer, Jay Don added three wins to go with his victory in the 1991 PGA Tour event at the famed Torrey Pines Golf Course near San Diego. It would be another 25 years before Tony Finau became the next Utah high school graduate to earn a PGA Tour win. Jay Don set a standard for Finau and other aspiring pro golfers in the state by repeatedly finishing among the top 125 annual money-winners and keeping his PGA Tour card for 15 straight years.

Jay Don forever will be associated with the nine-hole Dixie Red Hills GC, St. George’s original public course. A two-time medalist in the state high school golf tournament, he went on to Utah State and won seven consecutive tournaments as an Aggie junior. In the 1980 NCAA Championship at Columbus, Ohio, he beat future PGA Tour star Hal Sutton in a playoff for medalist honors. Jay Don remains the only Utah college golfer to win an NCAA individual title.

After qualifying for the PGA Tour, Jay Don became a fixture at that level. He made 499 starts on the tour and advanced through the 36-hole cut in more than two-thirds of those tournaments, earning $5.5 million. Jay Don tied for sixth place in the 1992 U.S. Open at Pebble Beach Golf Links and, perhaps more impressively, qualified for the 2013 U.S. Open as the oldest player in the field at age 54.

After turning 50, he launched his PGA Tour Champions career in 2009 and won three tournaments, while earning $5.3 million.

A member of Utah State University’s Hall of Fame and the Utah Golf Hall of Fame, Jay Don recognizes his role in promoting and assisting the next generation of golfers in the state. He’s a co-chairman of the Utah Junior Golf Association and is the namesake of an annual competition between Utah and Nevada.

Jay Don has made southern Utah his home throughout his life, aside from those four college years in Logan. A father of four and a grandfather of ten, he lives with his wife, Marci, in St. George.

Salt Lake City native Courtney Johnson earned a silver medal in the first women’s water polo competition ever staged in the Olympics, representing the United States in 2000 in Sydney, Australia.

A graduate of Skyline High School, where she competed in swimming, water polo and soccer, Courtney played for the University of California’s first women’s varsity water polo team and was named the MVP of the 1996 Collegiate National Championship. The Daily Californian newspaper named her the school’s Female Athlete of the Year after her “All-American” season.

She became part of Olympic history in 2000. As she told Swimming World magazine, “One hope of mine is that people will realize the struggles and sacrifices that it has taken us to get where we are. It’s been a long time coming, but I’m happy we’re getting our shot at the Olympics.”

In Sydney, the U.S. team went 3-1-1 in group play to qualify for the semifinals, then defeated The Netherlands 6-5 before losing to host Australia in the gold medal match.

In addition to her Olympic success, Courtney competed in two World Championships and once scored four goals in an 11-9 win over The Netherlands in the Holiday Cup.

Over the past several decades she has been involved in the administration of sports, dating to her role as an international elite athlete. Most recently she was involved in youth sports as the Executive Director of the California Magic Soccer Club. She also spent time after her playing career working at the collegiate level in the athletic department of Saint Mary’s College, working in compliance. Before and after the Olympics, Courtney worked as a volunteer coach for Stanford, helping the Cardinals win the inaugural NCAA women’s water polo title in 1999. Courtney was a member of the U.S. Water Polo Corporation’s Executive Committee in 2000-04 and was on the U.S. Olympic Committee’s Athletes Advisory Committee from 2000-2008. She then became part of a group that was tasked with making recommendations for improvements of the USOC’s board structure and operations model.

She and her husband, Darren, are parents of four children and have recently moved to Dallas, Texas, where she hopes to continue her involvement in sports administration. The couple were forced to live apart for nearly all of 2000 while Darren worked in Silicon Valley and Courtney trained for the Olympics in southern California. “You do it because it’s a lifelong dream,” Courtney said at the time. “I’ve always wanted to be an Olympic athlete, like the boys watching basketball on TV dreaming of playing in the NBA.” 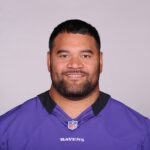 Highland High School graduate Haloti Ngata is in the top tier of NFL players whom the state’s prep football programs have ever produced, judging by his multiple selections to the All-Pro first team and five straight Pro Bowl honors.

Haloti went from the University of Oregon to the Baltimore Ravens as the No. 12 overall draft pick and launched a productive NFL career, earning comparisons to the legendary Merlin Olsen as a defensive lineman from Utah.

Even as a 350-pound nose tackle, Haloti once was judged by teammate Paul Kruger as one of the top three athletes on Baltimore’s Super Bowl-winning team. As Kruger said, Haloti “could move like a running back.”

Those traits can partly be traced to his days as a mainstay of the famed Highland rugby team, as he was known to run with the ball. Asked what that experience must have been like for opponents, Haloti told The Salt Lake Tribune, “I don’t think they liked it as much, but I loved it.”

While playing in 180 games for Baltimore, Detroit and Philadelphia during his 13-year NFL career, Haloti established himself as a team leader and an admired figure in the Polynesian community. His perseverance enabled him to deal with losing both of his parents during his college years and extend his family’s legacy.

Clarence Brooks, Baltimore’s defensive line coach, once described Haloti’s aura in the locker room by saying, “Everyone on the team, from Ray Lewis on down to whoever the last guy on the practice squad is, they all gravitate to this guy.”

Will Tukuafu, another NFL player from Salt Lake City, said of Haloti, “He’s a huge inspiration, not only to myself, but to the Polynesian community. The thing I admire about him is with all the fame and wealth and whatever, he’s still the same guy.”

The job description of an NFL nose tackle is not built around individual statistics, yet Haloti posted three consecutive seasons with five sacks. He’s well remembered in Baltimore as a key member of the 2012 Super Bowl championship team. In one compilation that season, he was ranked as the No. 9 player in the entire NFL.

Haloti was voted into the Polynesian Hall of Fame in his first year of eligibility and earned induction into the Ravens’ Ring of Honor in 2020. Haloti and his wife, Christina, are parents of three children. 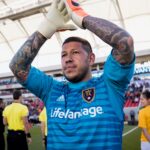 California native Nick Rimando became a face of Utah’s Major League Soccer team and is acclaimed as the best goalkeeper in MLS history.

Nicknamed the “Wall of the Wasatch,” Nick joined Real Salt Lake in 2007, during the team’s third season. By the time he retired in 2019, he had helped deliver an MLS Cup championship and represented RSL as a member of the U.S. Men’s National Team.

Nick also became a genuine Utahn, involved in community activities. “This is home for me,” he told The Salt Lake Tribune near the end of his playing career. “I’ve come to love this state.”

Growing up in Southern California, where he later would play for UCLA, Nick quickly developed a love of soccer. “Not in the house. Not in the house,” his mother, Rose, often would have to remind him. Yet his father, Marcus, was prescient enough to suggest the game “may make a future for him.”

That proved true during Nick’s two-decade tenure in MLS, with a long list of highlights and memories that resonated with him. As he told The Tribune, “There’s not just one moment” that stands above the rest. There can’t be one moment, in 20 years.”

Any list would have to start with his 2005 championship with D.C. United and his 2009 title with RSL. The state’s first major league championship since the Utah Stars’ ABA title in 1971 came via an overtime defeat of David Beckham and the L.A. Galaxy in Seattle. Nick also led Real to the final match of the 2013 MLS Cup before the team lost to host Kansas City in another overtime contest decided by penalty kicks.

Nick set multiple MLS goalkeeping records that may never be broken, notably … Along the way, he established himself as a team leader and a popular teammate, known for his “annoying little pranks” and upbeat attitude. “Nick has a tremendous amount of life in him,” RSL teammate Tony Beltran once said. “It’s infectious to be around people like that.”

After his last match, an October 2019 playoff loss at Seattle, Nick said, “I gave so much to this sport. … I’m grateful for everything it’s given me.” He may have been undersized for a professional goalkeeper at 5-feet-9, but Nick is a larger-than-life figure in the growth of MLS and the aura of RSL. Nick currently lives in Salt Lake City and is the father of a son and daughter who have grown up in Utah. 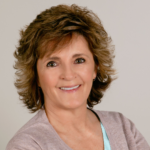 A graduate of Weber High School and Weber State University, Teri Spiers starred as a collegiate athlete in the unusual combination of volleyball and track and field.

The former Teri Okelberry claimed a total of 14 individual and team state championships as a three-sport athlete at Weber High. She was a member of three straight title-winning teams in the mile relay and medley relay events and was an all-state selection in basketball.

Teri was influenced by WHS track coach Jan Keim, once explaining, “I remember walking out to the first practice and it kind of scared me, but I quickly learned that even though she was so intense, she was always striving to make people better.”

Having once planned to play college softball for another school, Teri chose the hometown Weber State.

A story in the Deseret News once described how meet officials would move up when she prepared to compete in her specialty, “not expecting a 120-pound woman to throw the javelin so far.”

Teri won the javelin throw in the Big Sky meet for three straight years, while also finishing in the top 10 in the NCAA meet, earning a distinction of three-time All-American. She was the school’s longtime record-holder in the heptathlon, the triple jump and the 400 hurdles and still claims the WSU record for the javelin, more than 30 years later. She was inducted into the Weber State Hall of Fame in 2001, being recognized as the first Wildcat female athlete to compete in the NCAA Championship in two sports in the same year.

Teri narrowly missed qualifying for the 1988 U.S. Olympic team in the javelin, as her best effort was 6 inches short of the No. 3 qualifier’s mark. She came out of retirement to make another attempt at the Olympics, settling for the honor of carrying the Olympic torch in Ogden on its way to Atlanta in 1996.

Teri is the mother of Bailie Clark and lives in Farmington.

Register for the 2022 USHOFF Golf Fundraiser