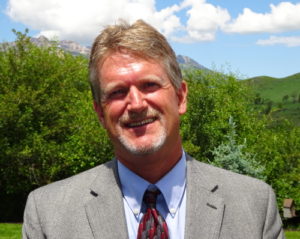 A graduate of Viewmont High School, Kelly Downs overcame long odds to become a major league pitcher as a 26th-round draft choice and eventually help the San Francisco Giants reach the World Series. Not many brothers from Utah attain the highest level of any sport, but Dave and Kelly Downs got there. Kelly turned down college scholarship offers to sign with Philadelphia, after helping Viewmont reach the state championship games in his junior and senior years.

Kelly persevered through the minor leagues in the Phillies organization, reaching the Triple-A level rather quickly in 1982, then was traded to San Francisco in 1984. He was promoted to the Giants in 1986, launching an eight-year career in the majors, all in the Bay Area. He won 10 or more games in all three seasons in which he made a full schedule of starts, including records of 12-9 in 1987, 13-9 in ’88 and 10-4 in ’91.

With the Giants, he once pitched a complete game by facing the minimum 27 batters. Overall, between his stints with the Giants and the Oakland A’s, he went 57-53. Kelly’s 13-win season in ’88 included an impressive 3.32 earned-run average with 118 strikeouts in 168 innings pitched. In ’89, he beat the Chicago Cubs in Game 4 of the National League Championship Series, entering the game in the fifth inning and earning the victory by allowing no runs in four innings of work.

The World Series that followed that will long be remembered, because of an earthquake that shook Candlestick Park in San Francisco just prior to the scheduled start of Game 3. In the aftermath, Kelly was pictured on the cover of Sports Illustrated, carrying his young nephew, Billy Kehl, after the Giants’ families made their way to the field.

After his experience of pitching in three games in the World Series, Kelly had shoulder surgery the following spring but would pitch four more years in the major leagues, including an American League Championship Series appearance with Oakland in 1992. He also pitched well in a brief stint in ’94 with Minnesota’s Triple-A affiliate, the Salt Lake Buzz, but chose to retire. While pursuing other business interests, Kelly later worked as a pitching coach for Viewmont High and Salt Lake Community College. Kelly and his wife, Shelley, are parents of three children and live in Mountain Green